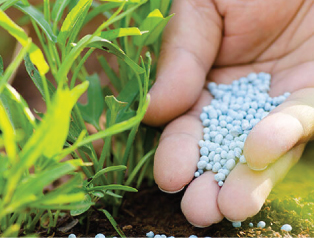 MFL was incorporated on December 8, 1966 as a joint venture between GOI and AMOCO India incorporated of U.S.A (AMOCO) in accordance with the Fertilizer Formation Agreement executed on 14.5.1966 with equity contributions of 51% and 49% respectively. In accordance with the participation agreement between GOI, AMOCO and National Iranian Oil Company (NIOC), an undertaking of Government of Iran, NIOC acquired 50% of the shareholding of AMOCO in MFL on 22.11.1972. With this acquisition, shareholding of AMOCO and NIOC were at 24.5% each, with the balance 51% being held by GOI. Subsequently, on 22.7.1985, the shareholding of AMOCO was proportionately purchased by GOI and NIOC. As a result, GOI and NIOC shareholding was revised to 67.55% and 32.45% respectively. Subsequent to the issue of rights shares in 1994 for part-financing the project, the holding of GOI and NIOC stood at 69.78% and 30.22% respectively. MFL had an initial public offering of its shares in May 1997. After the allotment of shares to the public the shareholding pattern is as follows:

MFL is engaged in the manufacture of Ammonia, Urea, Complex Fertilizers and Biofertilizers. MFL’s activities include marketing of these fertilizers and trading in Agro Chemicals in accordance with the corporate objective. MFL has been striving to develop and maintain an Organisational environment, that motivates the individual, encourages personal initiative, innovation and creativity.MFL has its plant facilities and head quarters located on 329 acres of freehold land at Manali, about 20 km north of Chennai city.