On November 1, 1971, MFL commenced commercial production of Ammonia, Urea and NPK complex. The feedstock for Ammonia is Naphtha and it is being supplied by the neighboring M/s Chennai Petroleum Corporation Limited (CPCL).

The original Ammonia / Urea Plants were of Chemico design with the daily rated capacity of 750 MT (247500 MTPA) and 885 MT (292000 MTPA) respectively. Initially there were only two trains to produce granulated complex fertilizers with a total installed capacity of 360000 MTPA and in September 1976 on more NPK stream, namely C Train, was added raising the installed capacity to 540000 MTPA, all by Hindustan Dorr Oliver.

In 1991, the old Chemico converter of Ammonia Plant was replaced with the latest S 200 Radial Converter. 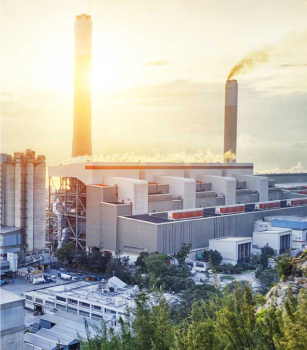 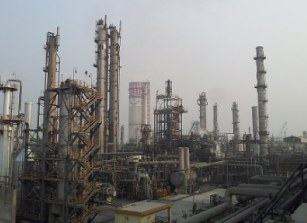 The company, to extend the economic life of the plants by another 15 years and also envisaging improvement in energy consumption, undertook a major Revamp-cum-Modernization and Capacity Enhancement of its plants at a cost of Rs 600 Cr during 1993-1998. Production from the Revamped Plants commenced from March 3, 1998.

Process License and Basic Engineering from M/s Haldor Topsoe, Denmark for Ammonia Plant and from M/s Urea Technologies Inc., U.S.A for Urea Plant was adopted with modern Distributed Control System (DCS). The enhanced production capacities are 1050 MTPD for Ammonia (346500 MTPA) and 1475 MTPD for Urea (486750 MTPD). With respect to NPK, Pipe-reactor with Process License & Basic Engineering from M/s Grande Parroise, France was incorporated in NPK B Train. By this and along with higher on-stream efficiency, the installed capacity was raised to 2550 MTPD (840000 MTPD).

After overcoming initial teething troubles, the Ammonia & Urea Plants reached 87% and 83% capacity utilization levels in 1999-2000. To improve product quality and bring down product temperature before admitting into bagging streams, Prill Tower modification was carried out by Monsanto Enviro-Chem (MECSI), U.S.A. and a fluidized bed cooler (Prills Cooling System PCS) was put into service.

Urea Plant achieved a record production of 486750 MT in 2011-12 surpassing the previous best of 478834 MT in 2010-11. Specific consumption of feedstock has also come down over the years after process stabilization. 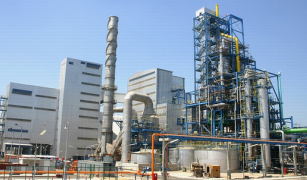